Despite the Corona cancellations the two pianists joined each other in Vienna for some special project, which was live and internationally streamed and repeated many times the days after:

The New Year’s Eve Concert of Martha Argerich and Sophie Pacini playing Piano Duo at the Konzerthaus in Vienna.

It was the first concert of more to follow in the current season like in Wiesbaden for the Rheingau Musikfestival and München Herkulessaal. 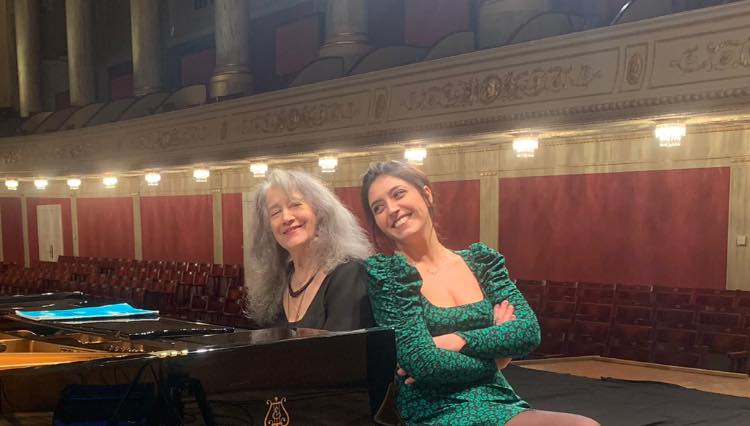